Jay Varma’s - The Primacy of 5: The modern-day relevance of the Panchakanyas 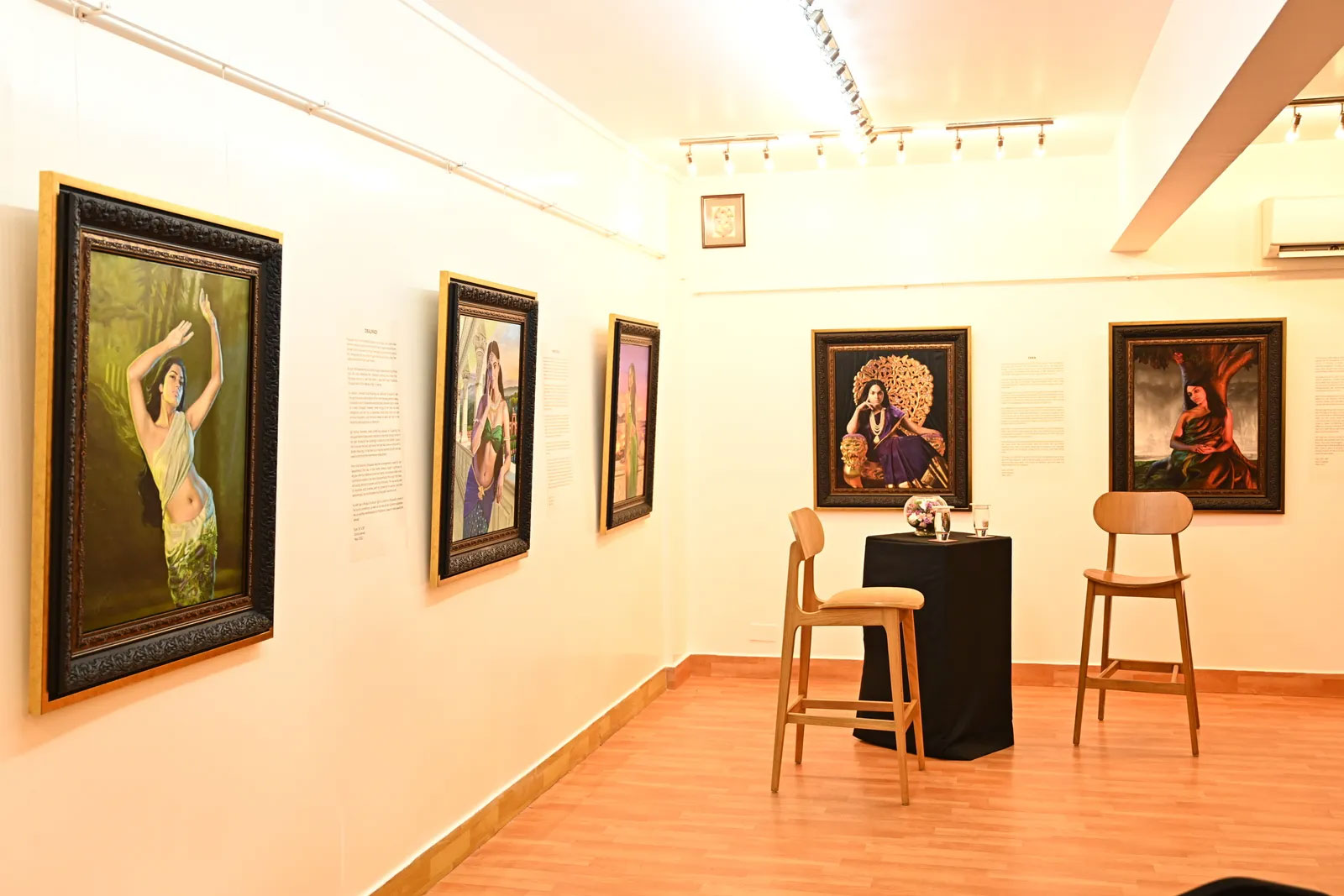 After years of introspection and self-doubts, most of which was unwarranted, Jay Varma broke the mould, so to say. His first-ever solo show, The Primacy of 5 - Bringing the Panchakanyas to life, was an absolute winner, all the way. Having created the series based on his illustrious ancestor, one of India’s greatest artists, Raja Ravi Varma, Jay had a lineage to answer, to showcase and to emulate.

The recipient of one of the biggest grants by Sandeep & Gitanjali Maini Foundation, Jay’s journey into oil paintings is just seven years old. A remarkably talented artist, Jay’s ability and skill with pencil sketches and colour pencils saw him stay in that tough, if comforting zone for a long while.

Until he took the plunge and moved into the world of oils that the Varma surname so proudly projects. A sustained stint at an outlier studio in Philadelphia gave him the necessary boost and energised him to paint a series for his debut show.

The opening evening on Apr 16, 2022 for a select audience with a conversation between the artist and the well-known author Manu S. Pillai received a fantastic response. Jay modelled his series on the women from the epics and borrowed the theme from Ravi Varma’s works. But the similarity ended there.

​Jay’s canvas is rich in colour and as he says, his palette is filled with more colours than his ancestor. To be sure, he isn’t seeking a comparison; he’s always wanted to be an artist in his own right and if anything, the Primacy of 5 ensured that the Varma legacy is in the right hands.

“Just as poets and storytellers over so many centuries have interpreted these heroines in unique ways, Jay also brings to them a fresh vision. It is traditional in drawing nourishment from age-old understandings of these figures, but also modern in how even the contemporary woman will be able to recognise herself in his paintings. The kanyas, in other words, are not just faraway characters, from ancient verses; they resonate to this day, because their stories are timeless,” explains Gitanjali Maini, Founder Trustee of Sandeep & Gitanjali Maini Foundation and gallery g.

The show which was open to the public from April 17-30, 2022 saw fabulous footfalls at gallery g, which hosted the exhibition.

Read more about this on various tabloids listed below: