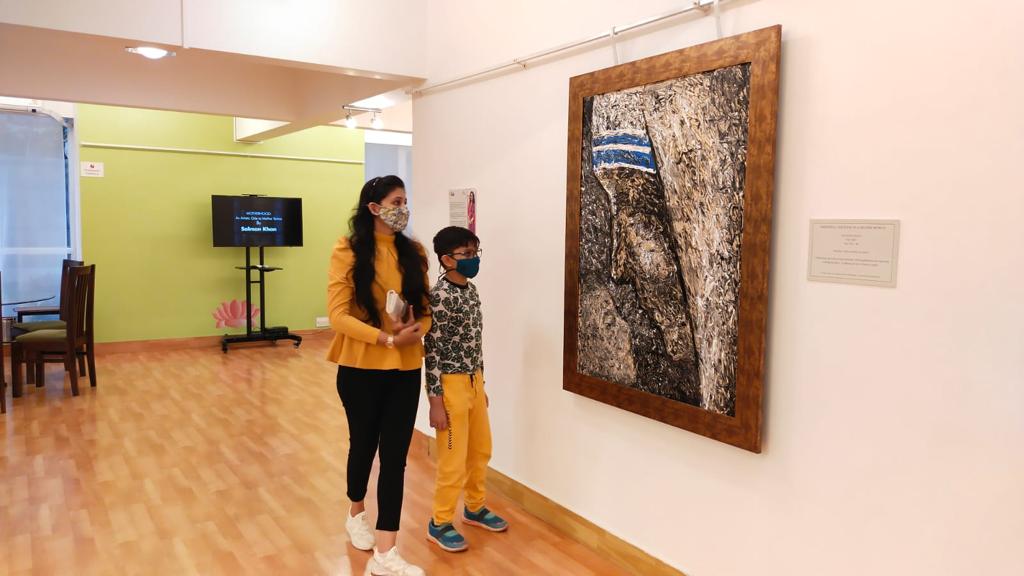 In one of the biggest shows in recent times, gallery g which is the venue partner of Sandeep & Gitanjali Maini Foundation, exhibited Salman Khan’s solo show: Motherhood – An Artistic Ode To Mother Teresa in March.

In association with AGP World and Being Human – Salman Khan Foundation, the actor’s series of paintings on Mother Teresa, a recurring theme in his works, was showcased his works between March 11-21,

It is the first time that Salman’s works are being displayed in a solo exhibition. The works are also exhibited on SGMF’s digital platform on Google Arts & Culture. Click here: https://bit.ly/3hL301G

Titled Salman: Showcasing The Mother Through Art, the series encapsulates the artist’s work on the recurring theme.

The show received great response on social media and regular print domain given that it is the actor’s first solo show. Though Salman has been painting for more than 15 years, he has kept it within close circles, until now.